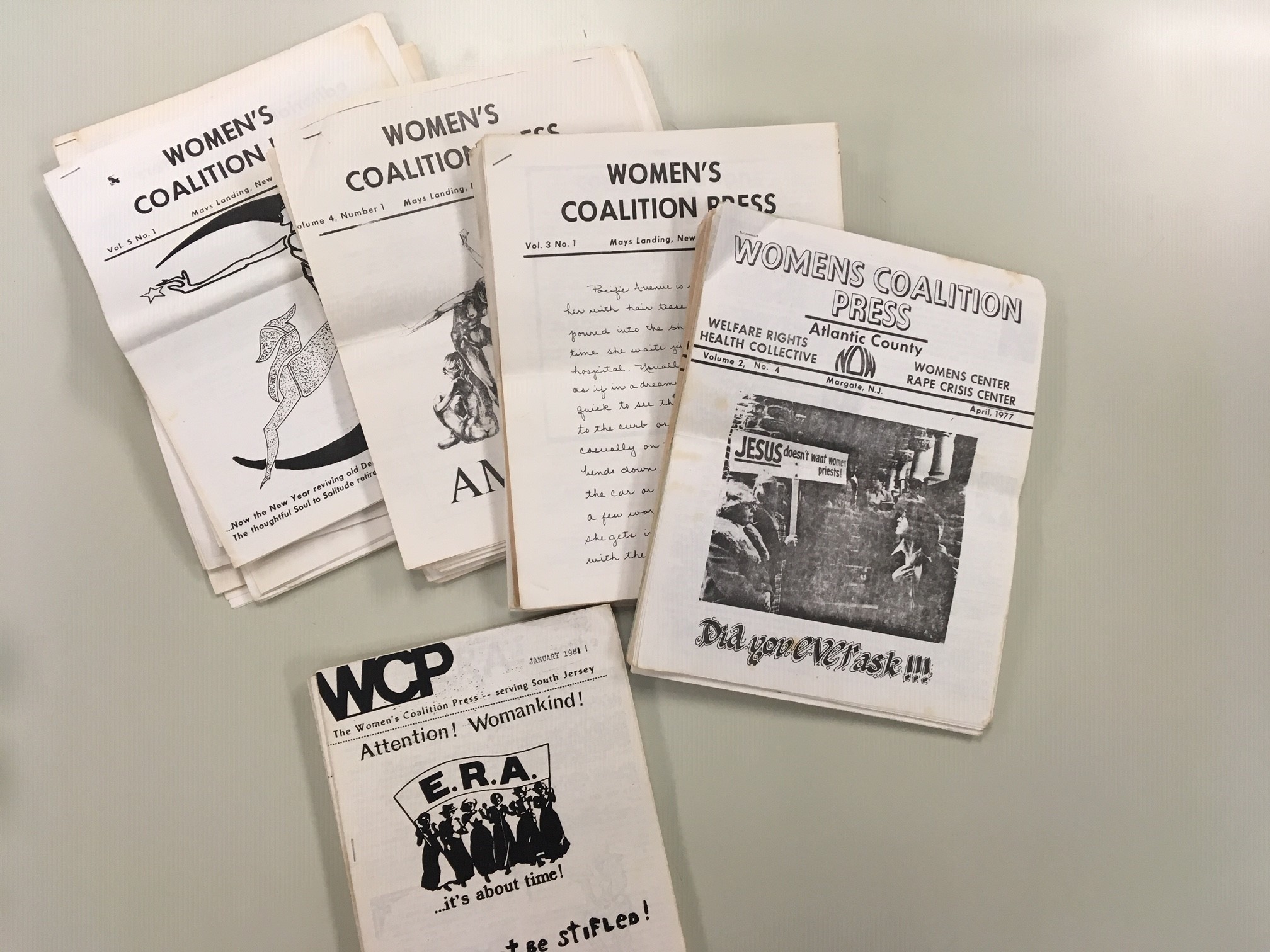 Published monthly, it covered topics relating to women’s rights, including healthcare, abortion, the Equal Rights Amendment (ERA), and affirmative action. It also printed the local chapter NOW meeting minutes, as well as events and happenings from Richard Stockton State College and the Atlantic County Women’s Center. Each month, a different editor compiled the newsletter with articles, poems, and events submitted by the readership. While most articles were written by local authors, some were reprinted from other sources, such as Mother Jones, New York Times, and Washington Post.

This collection contains 41 issues of the Women’s Coalition Press newsletters, from 1976 to 1983. Not every issue is included for these years. Attached to the issue from April 1976 is a welcome letter describing the publication. There is another undated explanatory letter, probably from the same year.