The Chatsworth General Store was first built in 1865 by Neil and Benjamin O. Wade in Chatsworth, Burlington County, New Jersey. It was sold to Willis Jefferson Buzby in 1891, who renamed it Buzby’s General Store. The store has since had many owners. However, it was Willis who would become known as King of the Pineys. This title would later carry over to his son Jack. The store was a cornerstone of life in the Pine Barrens; people depended on it for food, clothes, and many other necessities. Buzby’s work included bank responsibilities, such as paying local teachers; tax collecting; medicinal dispensing to Chatsworth residents; and serving a host of other social and shopping needs of the community. Buzby’s General Store is on the National Register of Historic Places.

The store was one of the main focal points for John McPhee’s The Pine Barrens (1968). McPhee spent time in the store talking with the owner and members of the community.  It was during this time, that a broader appreciation of the unique ecosystem of the Pine Barrens began to grow, although awareness of the pristine environment had been known for years prior. Environmental groups would emerge eventually creating laws to protect large sections that remain in force today.

After the Buzbys, the store was owned by:
Al and Margaret Schiess (1966)
Bob and Kathy DePetris
Fran and Gedi Gudauskas (1980)
Tom and Charlotte Hedge (1983)
Joe Traino
Richard and Sarah Conrad (1988-1992)
The store closed for a few years in 1992 and then was bought by Marilyn Schmidt. Schmidt has become an icon and is credited with saving the store in 1998 after years of neglect. Schmidt turned a section of the store into a gift shop supplying Pinelands books, arts, and crafts, as well as serving as a Pinelands resource center. Citing her advancing age, Schmidt closed the store in 2017, after she was unable to find a buyer for the enterprise.

Buzby's Chatsworth General Store Collection chronicles the store's evolution from its purchase by Willis Jefferson Buzby in the 1890's to its most recent renovations in 1998 by Marilyn Schmidt. Marilyn Schmidt collected and organized papers from many sources, all donated to the Stockton University Richard E. Bjork Library. These papers include correspondence, news clippings, photos, postcards and business records encompassing the many owners of the store.

In addition to Buzby General Store artifacts, Marilyn has included materials covering a time line of her own professional accomplishments. Mostly news clippings, these include references to her background as a pharmacologist, publisher, and author.

The early records of the Buzby family maintained in the collection are of historical significance giving insight to early mercantile practices and a host of material regarding the Pine Barrens of South Jersey. 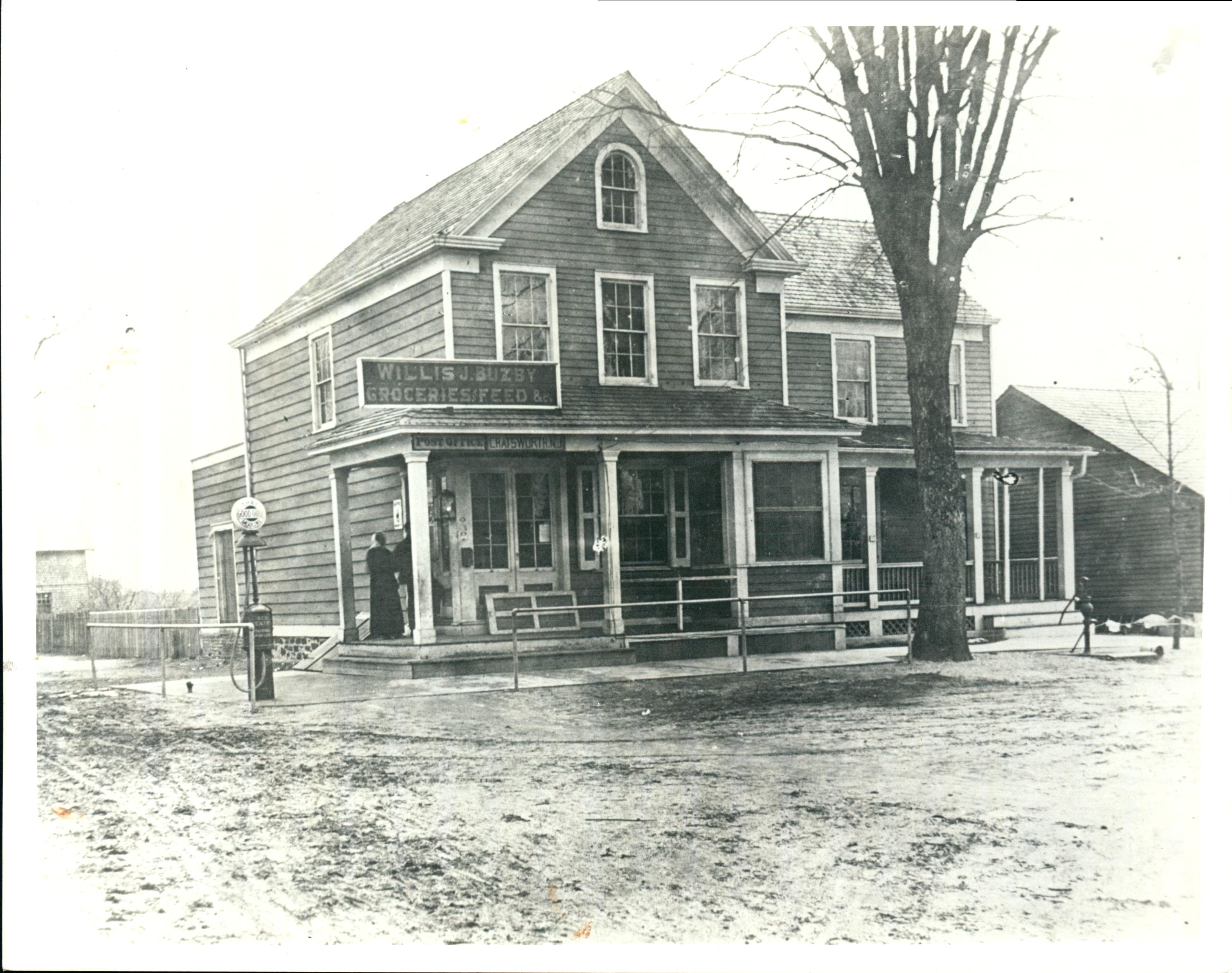 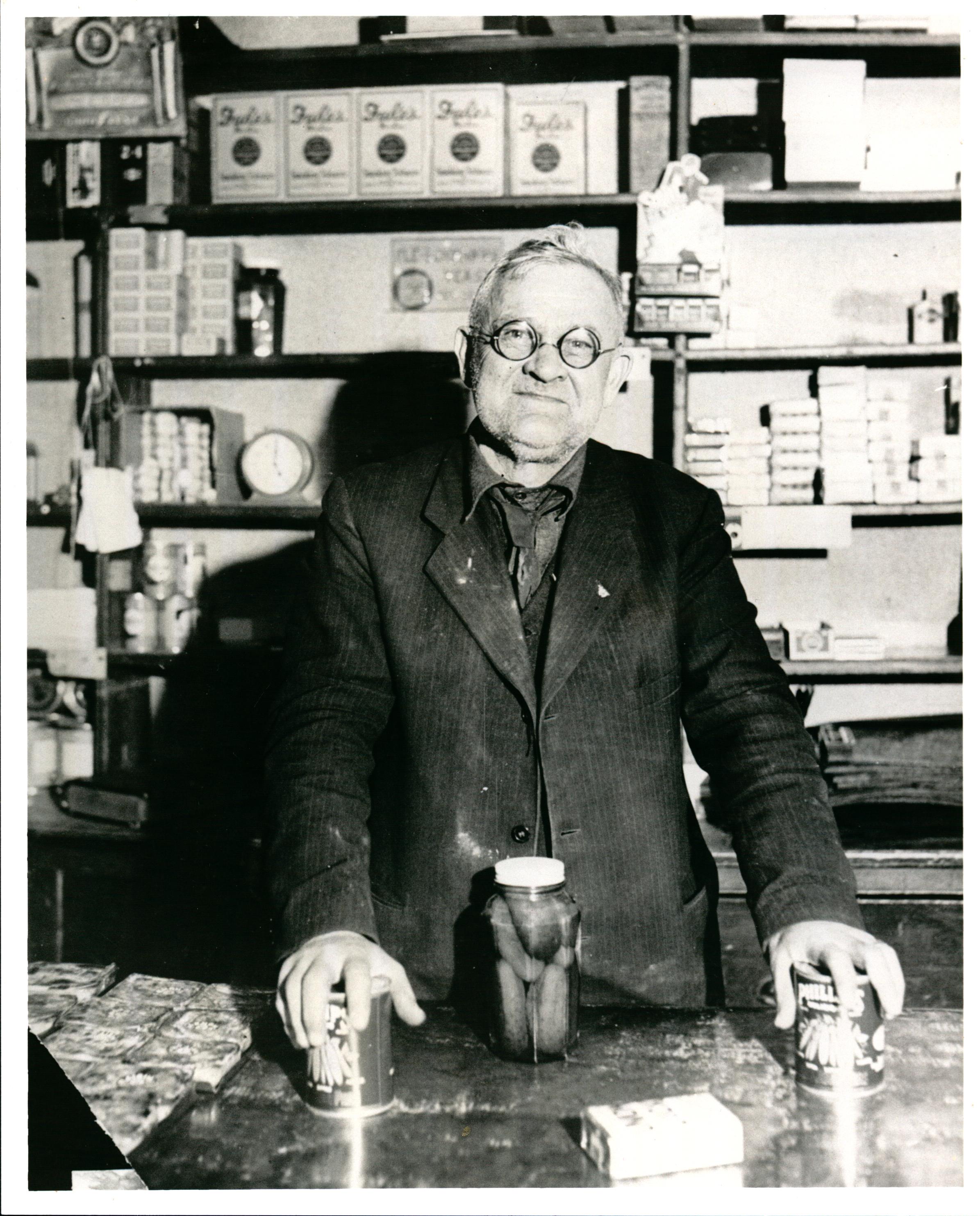 Willis Jefferson Buzby at the store 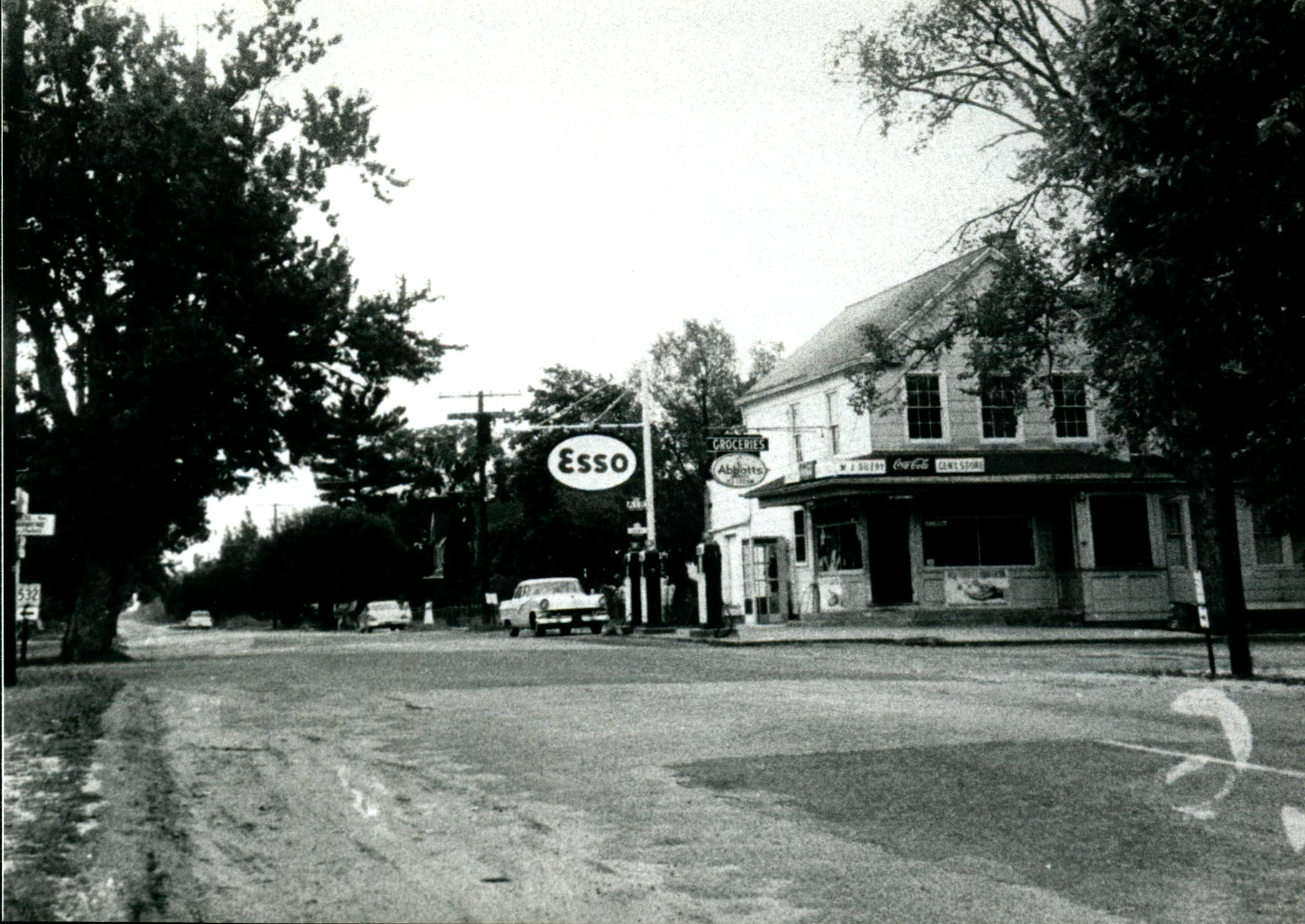 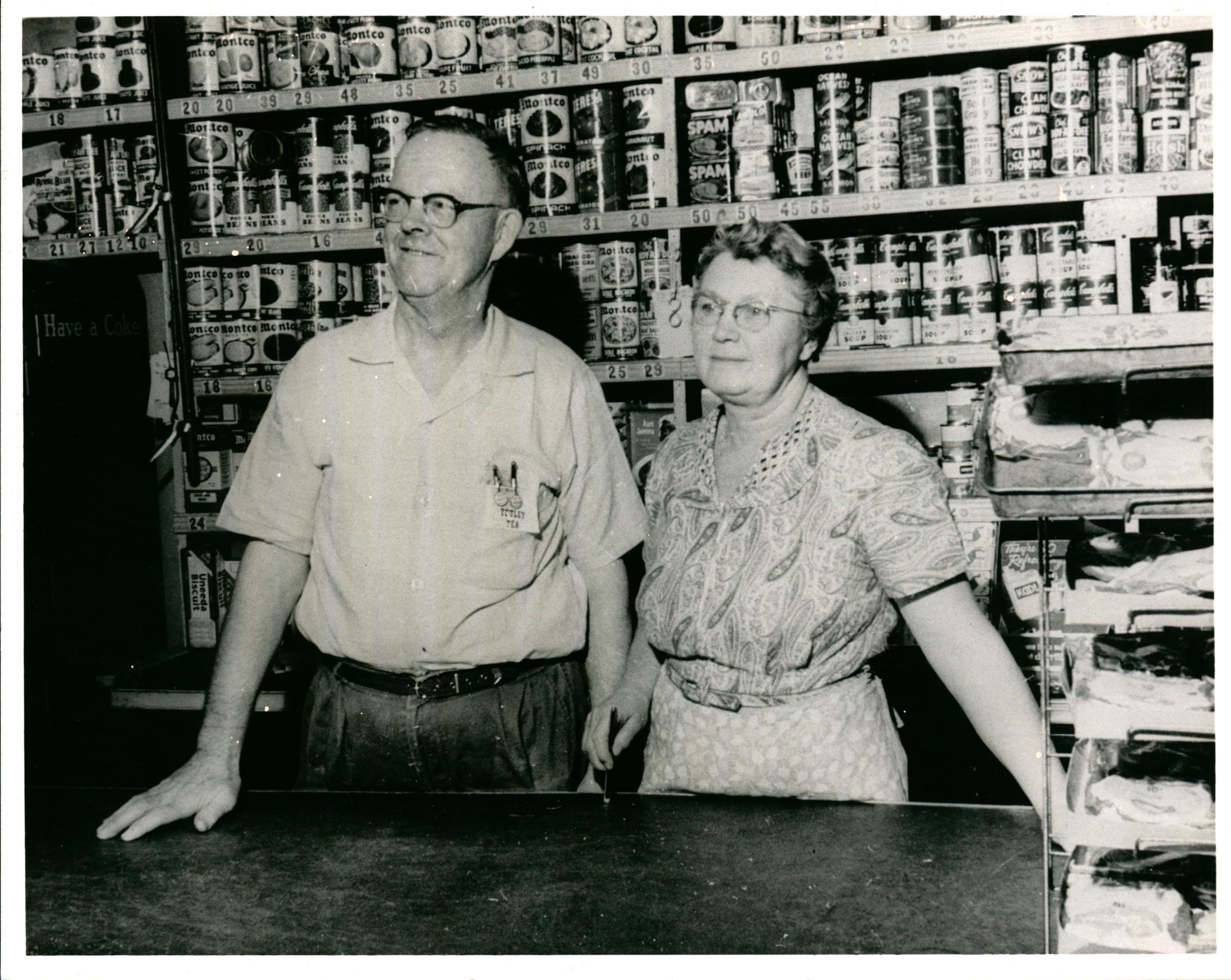 Willis Johnathan "Jack" and Katherine "Katy" Buzby at the store 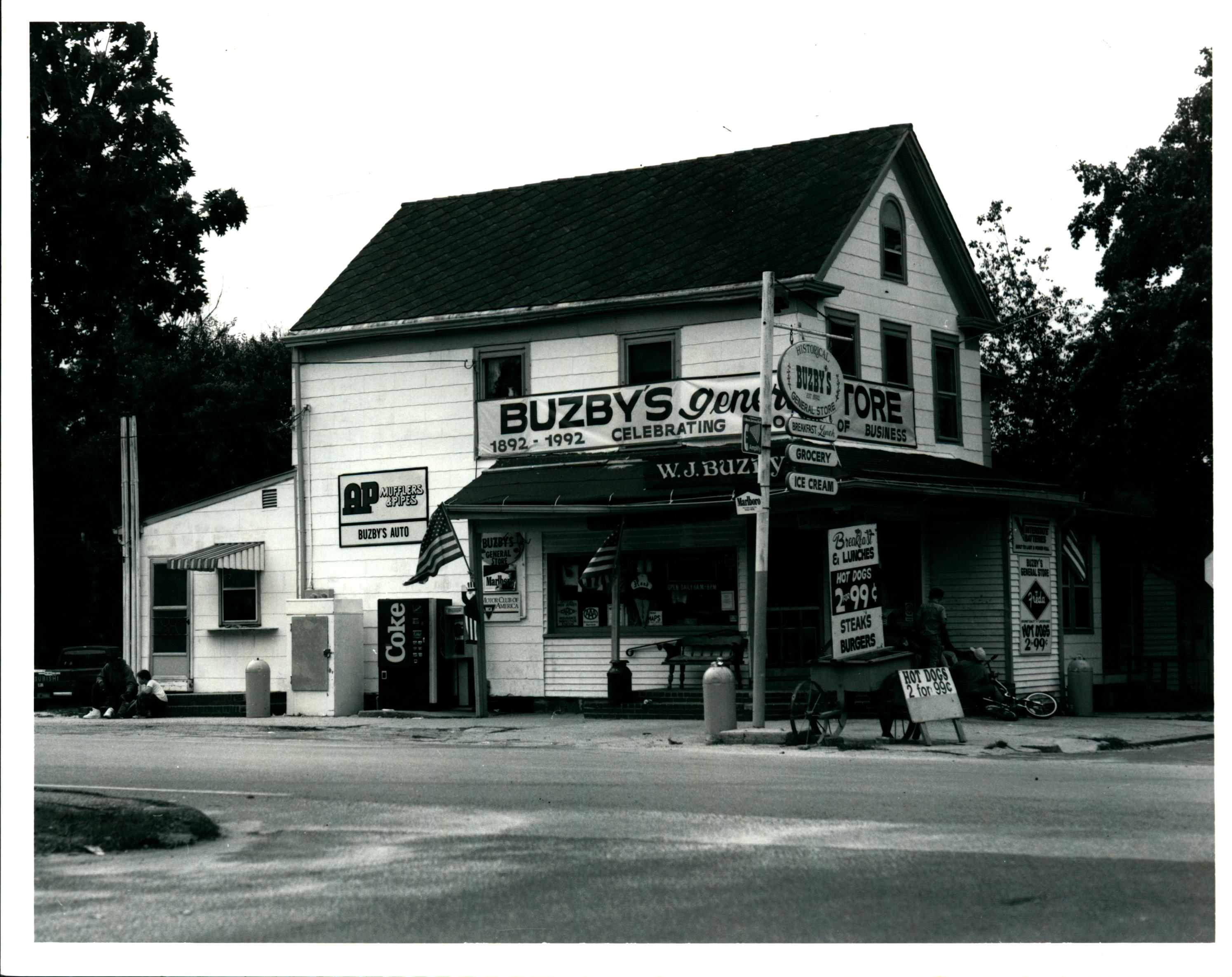