This collection contains contact sheets of black and white photographs and several pages of notes that describe some of the contact sheets. The images are an extensive look into the culture of the Pine Barrens as it was during the early and mid-1980s. Many subjects are covered by the photographers, including the different agricultural products of the Pine Barrens, local businesses and restaurants, and annual festivals. The photographers also highlighted the homes, crafts, and hobbies of several different Pinelands residents, as well as the residents themselves.

Geographically, the subjects range from all throughout the Pine Barrens, as well as several locations near the Delaware Bay. 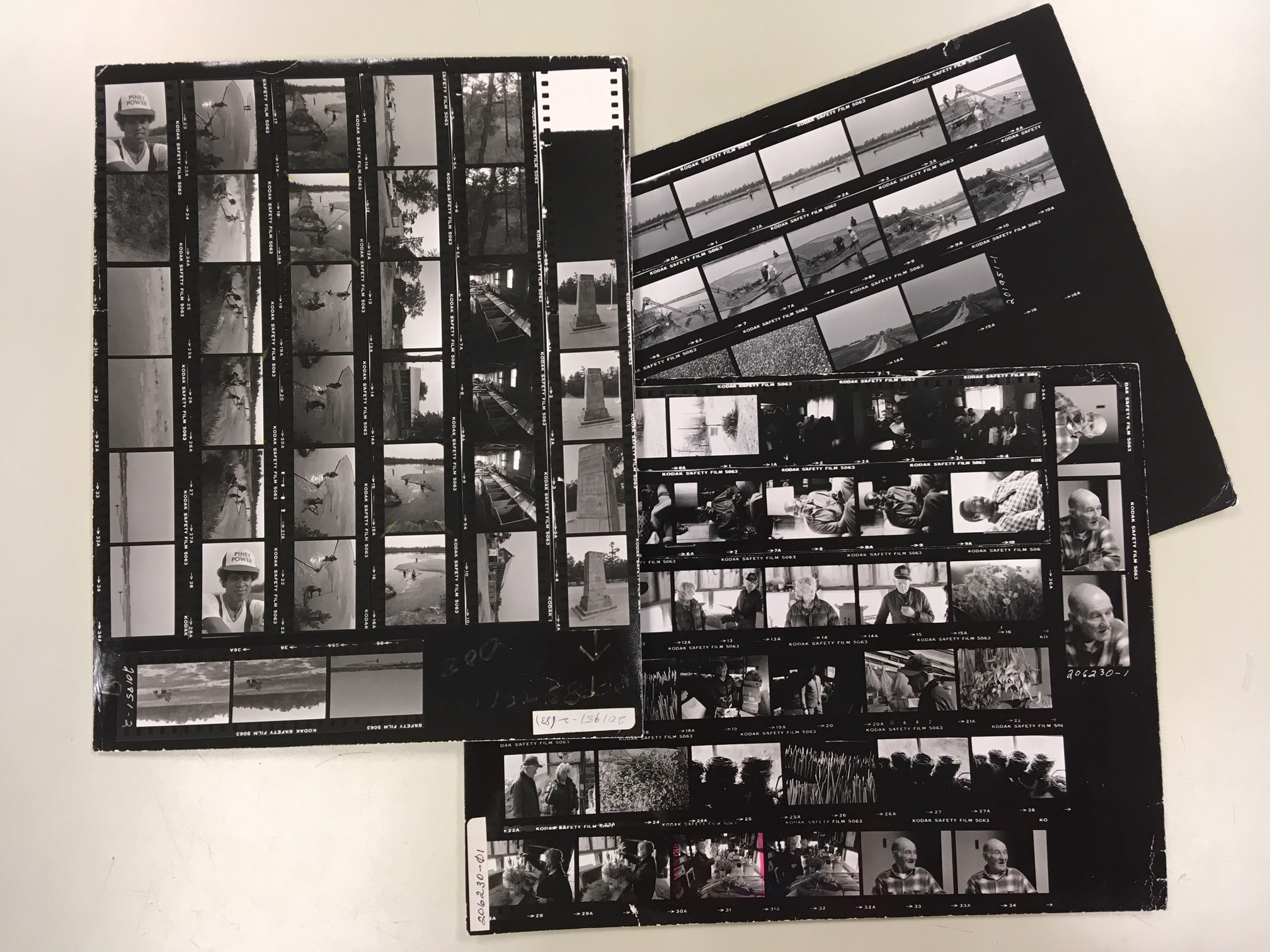 Photograph contact sheets from Folder 1 of the collection, including cranberry farming, a young man in a "Piney Power" hat, other portraits of people, floral arranging, and the Emilio Carranza Memorial.

The photographs that are contained in this collection take place less than a decade after the creation of the National Reserve and help to preserve the culture and identity of the Pine Barrens as it existed in the early- to mid-1980s. Some of the photographers listed are Joseph Czarnecki, Mary Hufford, Jens Lund, Dennis McDonald, Sue Samuelson, and Elaine Thatcher. Some of the photographs depict recording sessions with an interviewee sitting near a large microphone.

Based on the names of the known photographers, the time period, and the images of the oral history recording sessions, it is likely that these photographs are from the Pinelands Folklife Project. This effort was co-sponsored from 1981-1983 by the American Folklife Center, National Park Service, New Jersey Department of Environmental Protection, New Jersey Department of Human Resources, New Jersey Historical Commission, New Jersey State Council on the Arts, and Pinelands Commission. The project documented the culture and heritage of the people in the Pine Barrens National Reserve. The full collection – including the oral history interviews and many more photographs – is archived at the Library of Congress in the American Folklife Center. Mary Hufford authored the project report, One Space, Many Places, and a copy is available in the Stockton University Richard E. Bjork Library.