John Henry “Pop” Lloyd was born in 1884 and played 27 seasons in the Negro Leagues, including four seasons with the former Atlantic City Bacharach Giants. He played organized baseball until age 58 (once playing for a semi-pro team called the Johnson Stars, assembled by Enoch “Nucky” Johnson) after his career as a professional ended. Lloyd’s skills as a batter, base runner and defensive infielder might have helped him to dominate the majors; however, he wasn't provided the opportunity due to racial discrimination.

This collection contains photographs, programs, event advertisements and artifacts relating to the work of the John Henry "Pop" Lloyd Committee, which was active from 1992 to 2012.  The collection also includes historical and personal artifacts from Negro League baseball players. 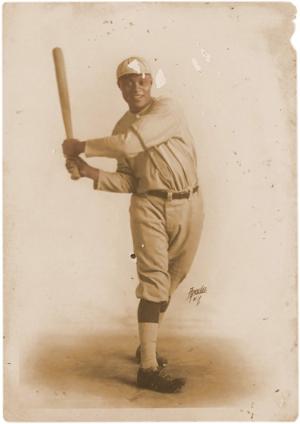