This collection contains materials relating to the history, restoration, and interpretation of Batsto Village, the iron bog furnace, and the glassworks, as well as publications about local history topics. Information about the Historic Batsto Village in the collection includes reports and essays, photographs, postcards, newspaper clippings, articles from journals and magazines, and records relating to the Batsto Citizens Committee’s events and interpretive activities. It also includes photographs and information about glass bottles produced at the Batsto Glass Works, as well as historical information about Atsion (another bog iron village) and South Jersey local history.

The collection does not contain the official records of the Batsto Citizens Committee - there are no membership lists, annual reports, or meeting minutes. 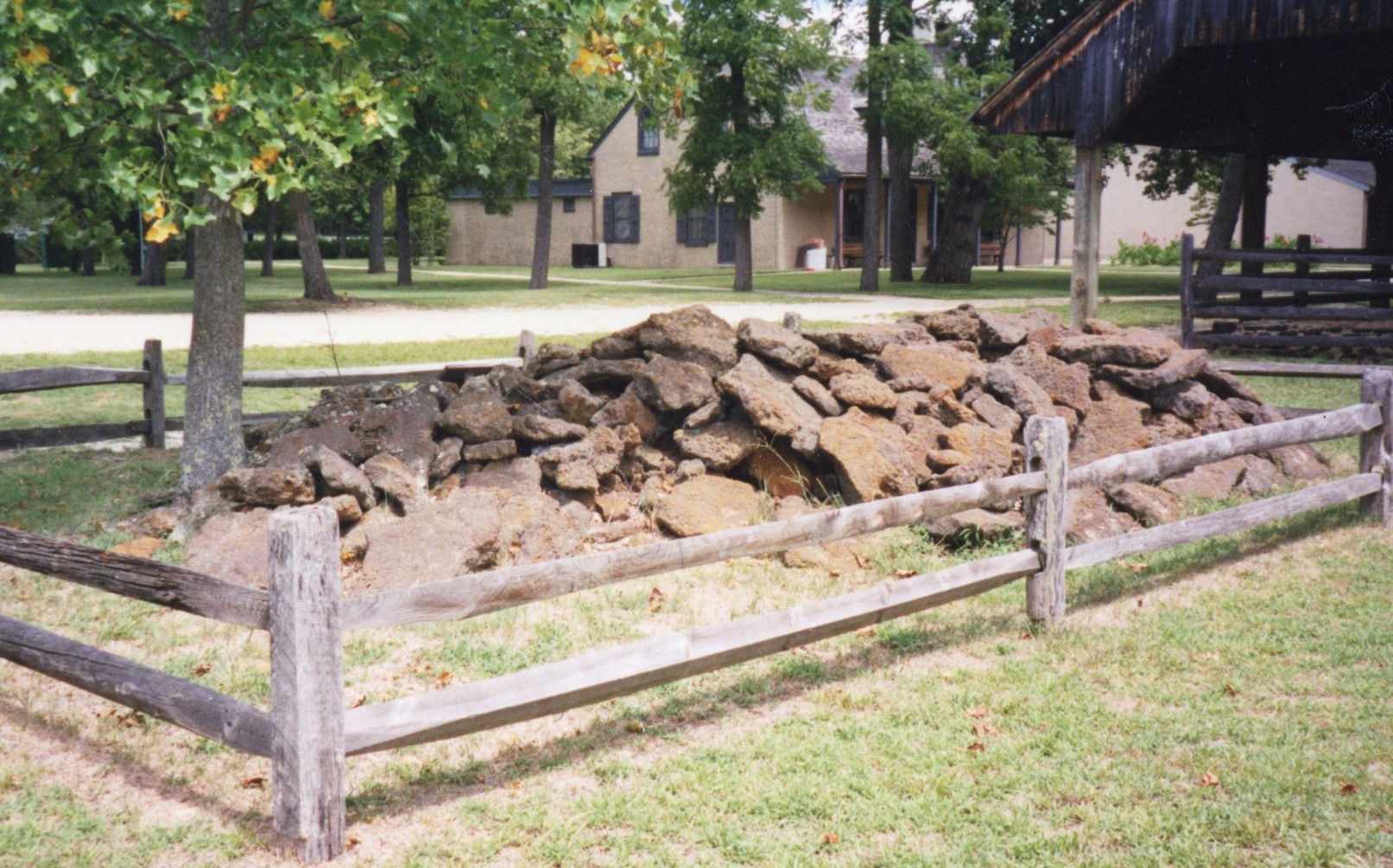 From the Jim and Linda Stanton Batsto Citizens Committee Collection. 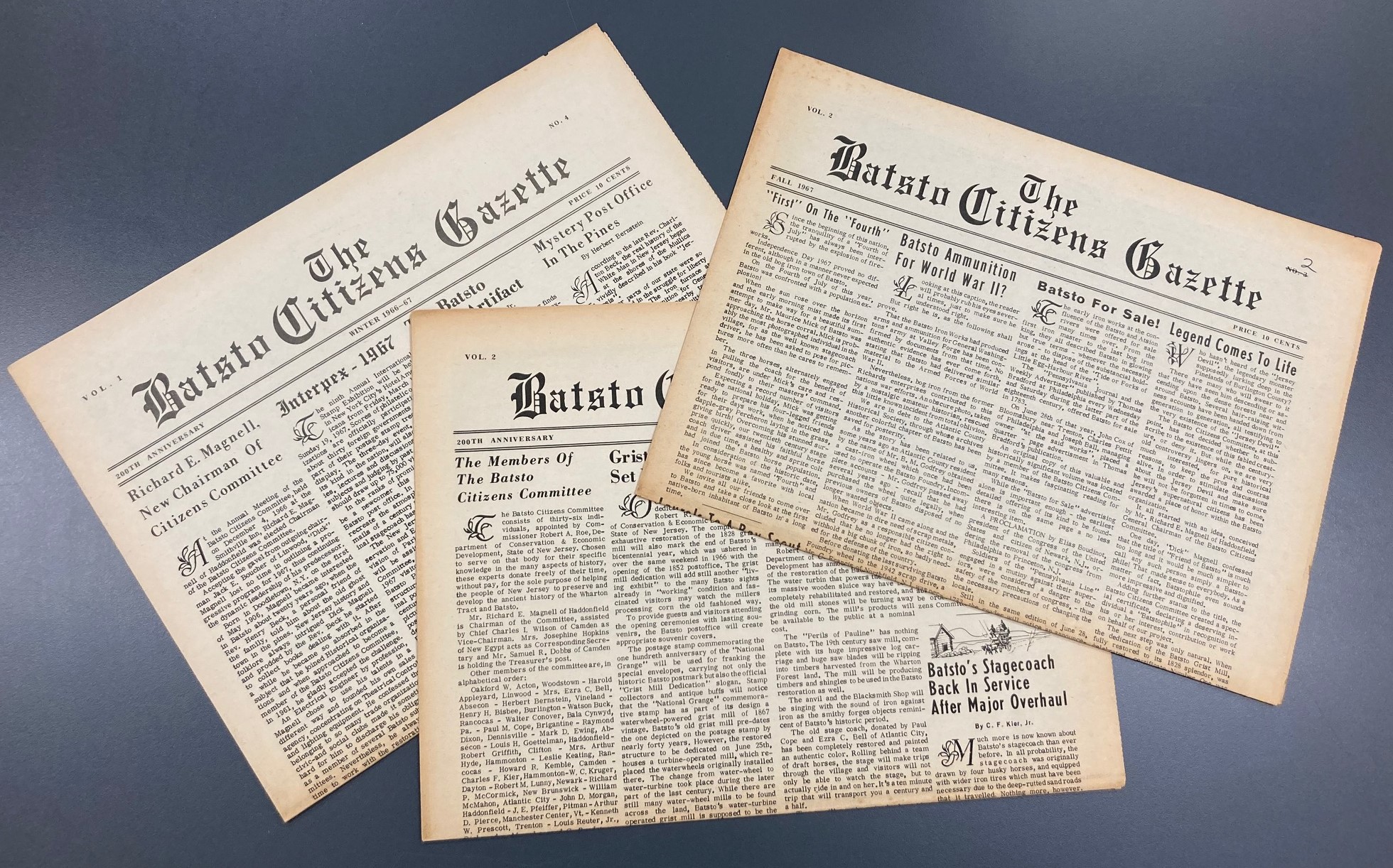 Issues of the Batsto Citizens Gazette 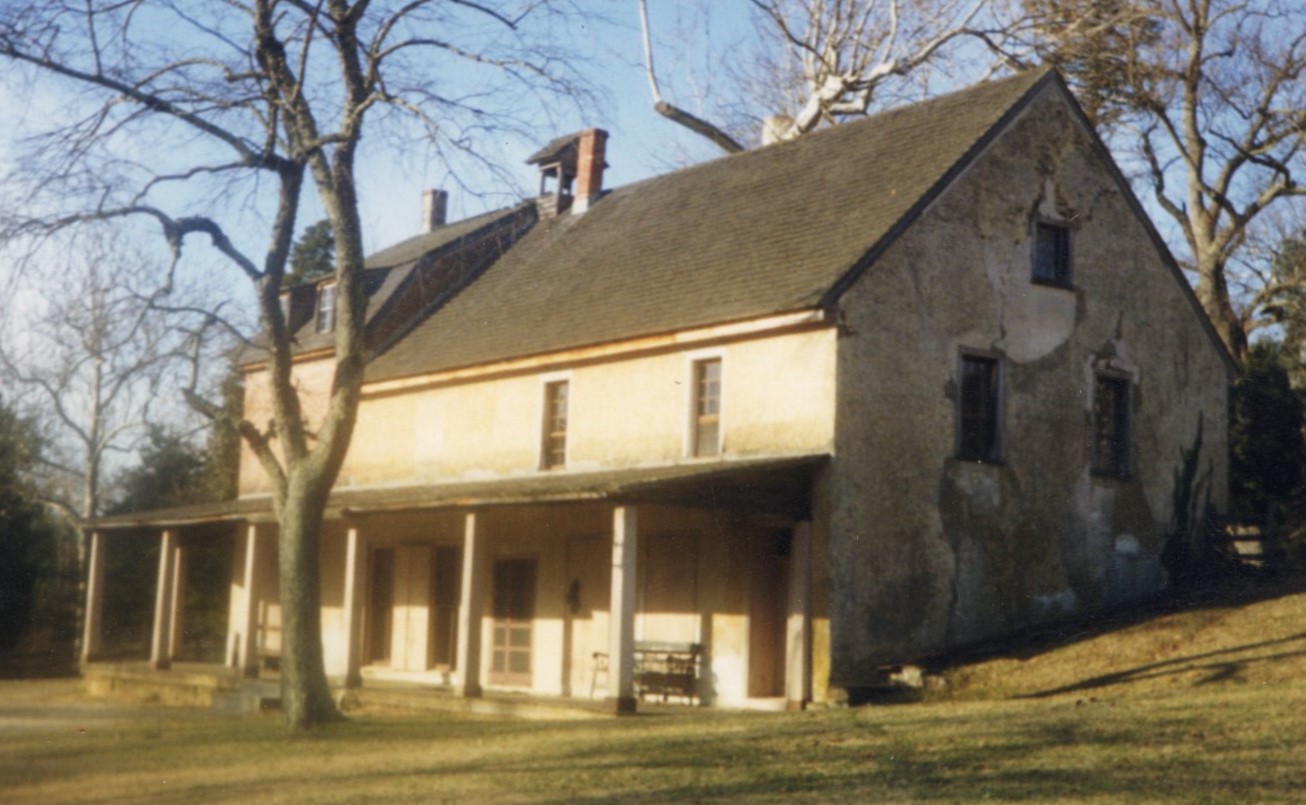 From the Jim and Linda Stanton Batsto Citizens Committee Collection.

About the Batsto Citizens Committee

Batsto Village, located in Washington Township, Burlington County, New Jersey, was a glass factory town, as well as a significant site of bog iron production, commerce, and industry. The bog iron furnace was built in 1766 by Charles Read, John Cooper, Reuben Haines, Walter Franklin, and John Wilson, with the village established to support it. It was sold to Col. John Cox in 1770, and the ironworks supplied munitions for the Colonial Army in the Revolution, as well as for the United States military in the War of 1812. The operation changed hands several times, from Cox to Thomas Mayberry, then to Joseph Ball, and later to William Richards in 1784.

When the bog iron market declined in the 1840s, a glassworks was established under the direction of William Richards’ son, Jesse, and William’s nephew, Thomas S. The company produced window glass. After the glassworks closed in the 1860s, Joseph Wharton bought the land for farming and for water exportation to Philadelphia. Batsto, along with 1200 acres were purchased by the State of New Jersey in 1954 and became known as Wharton State Forest. It is now part of the Pinelands National Reserve. Archeological work on the Batsto site commenced in the late 1950s, with explorations relating to pre-historic sites, the bog iron furnace, and the glassworks. Batsto Village was placed on the National and New Jersey State Registers of Historic Places in the early 1970s.

The Batsto Citizens Committee also oversees the interpretation of the Historic Atsion Village, another bog iron town close to Batsto. Members of the Batsto Citizens Committee are a literal “Who’s Who” of early Pinelands historians and restorationists. Chairs of the Committee included Paul M. Cope, Arthur D. Pierce, Donald Streeter, Edward Pfeiffer, and Jack E. Boucher. Linda Stanton served as a co-chair in 2007.

Jim and Linda Stanton, who donated this collection, were very involved in the historic preservation and interpretation of Southern New Jersey and the Pinelands. They formed the nonprofit organization, A Sign of the Pines, and they initiated the long-running “Lines on the Pines” cultural celebration of South Jersey authors, crafts, and trades. They collected and compiled historical information on South Jersey areas, particularly those in the Pinelands National Reserve. Areas of particular interest are Batsto, Atsion, Pleasant Mills, and Chatsworth.