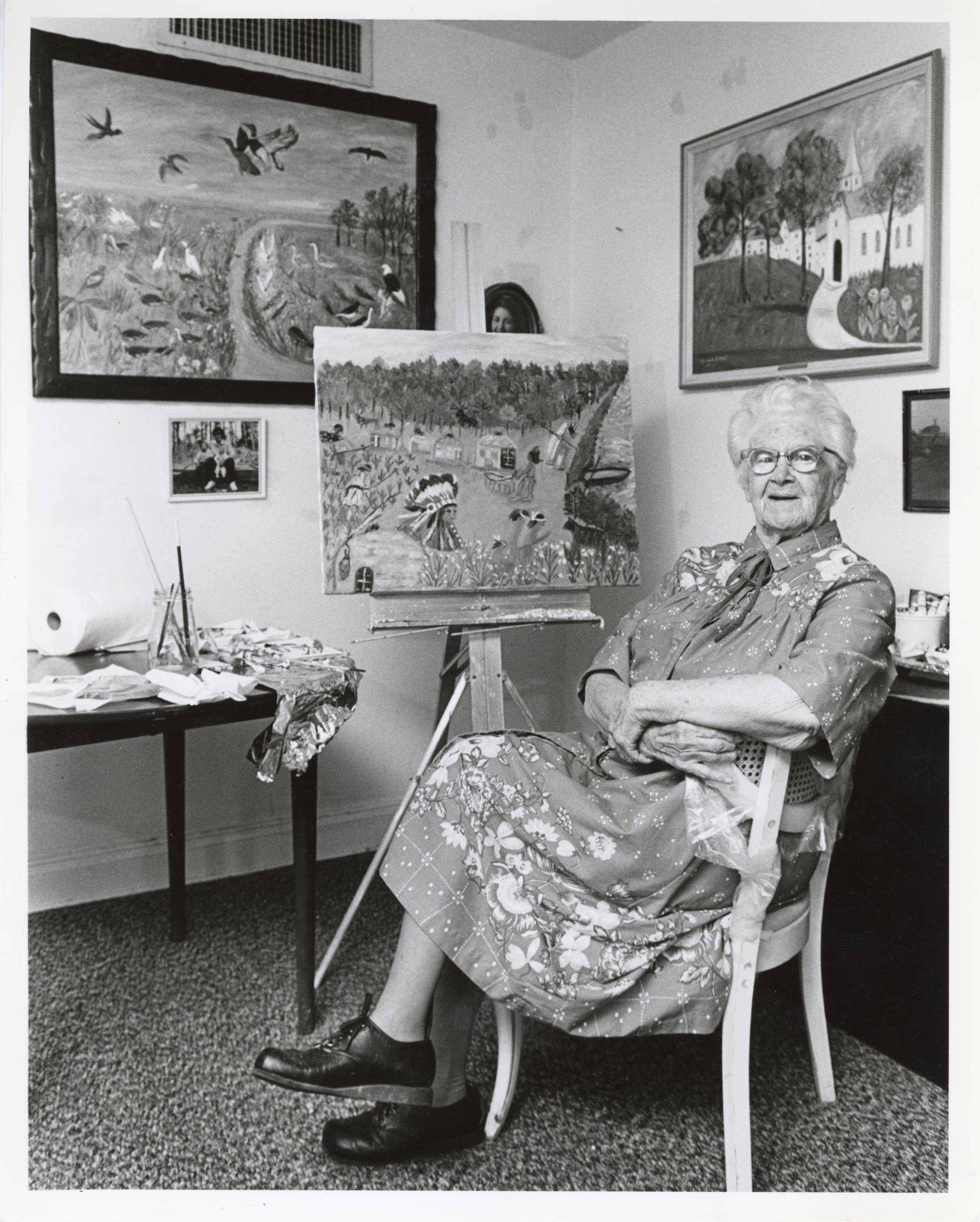 Bluma Bayuk was born on March 15, 1888. She grew up on a farm located in Alliance, New Jersey, the first permanent Jewish Farm colony in the United States. Her father, a Russian-Jewish immigrant, was one of the original settlers of the colony. Bluma married Dr. David Rappoport in 1914 and together they had two children: Irving and Jacqueline. Dr. Rappoport died in 1961, and Bluma later remarried. In 1966, Bluma and David Purmell were married.

Bluma graduated from the Jewish Hospital School of Nursing, later named Albert Einstein Medical Center, in 1912. Around 1930, she opened a nursing home in Atlantic City, one that she would continue to work at through the 1960s.

In 1971, Bluma began painting after having a cataract operation. Her paintings were exhibited nationally, including at the Smithsonian. Bluma continued to paint until she was 100. She painted scenes such as “Picking Cranberries at Peterson’s Bog,” “Life on the Farm,” and “Laundry Day.” Many of her paintings are based on her time in the Alliance Heritage Colony. At 92, Bluma co-wrote her book A Farmer’s Daughter: Bluma with Felice Lewis Rovner. It was published by her nephew Marc Bayuk. Bluma died on June 21, 1997, at the Albert Einstein Medical Center.