About the Student Senate Records

This collection contains the unofficial records of the Student Senate. It contains the meeting minutes from the general meetings, beginning with the meeting of August 20, 1982. The minutes until 2014 were compiled in binders and kept by the Office of Student Development. These were transferred to the Archives in 2020. Digital versions of the minutes were published on the Student Senate website beginning in September 2007. It appears that print distribution of the minutes ceased in 2014. The minutes may not be complete, in that not every meeting date may be included in the collection. The minutes do not usually include the executive committee minutes, but do include the subcommittee reports if they were included with the general meeting minutes.

Also in the collection are various versions of the Senate Constitution, one printed each from 1982 and 1999 and a digital version from 2018. Other versions of the constitution may be found within the Meeting Minutes; for example, the minutes from November 6, 1984 include a draft of the amended constitution on which a vote was taken during that meeting. 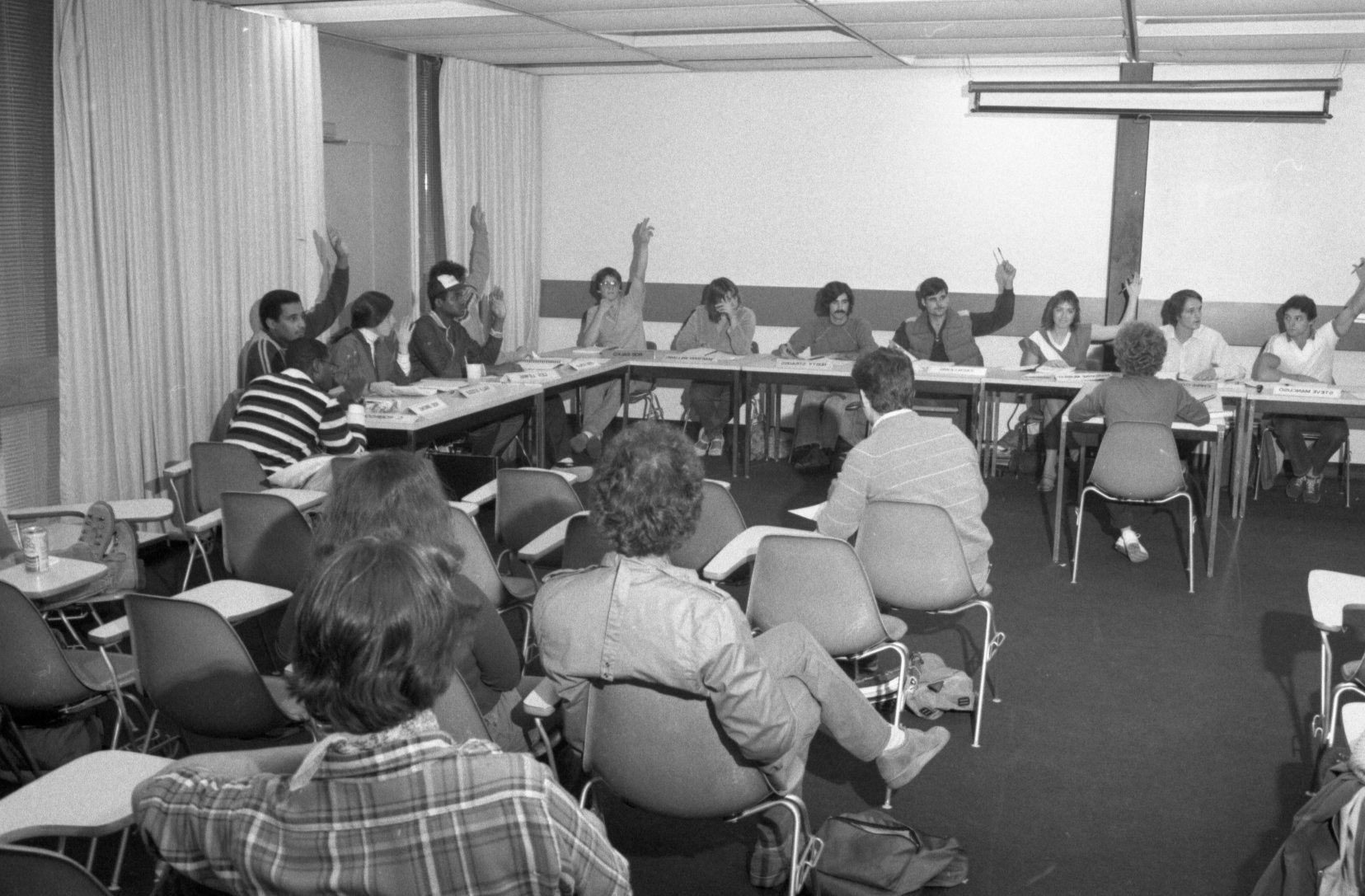 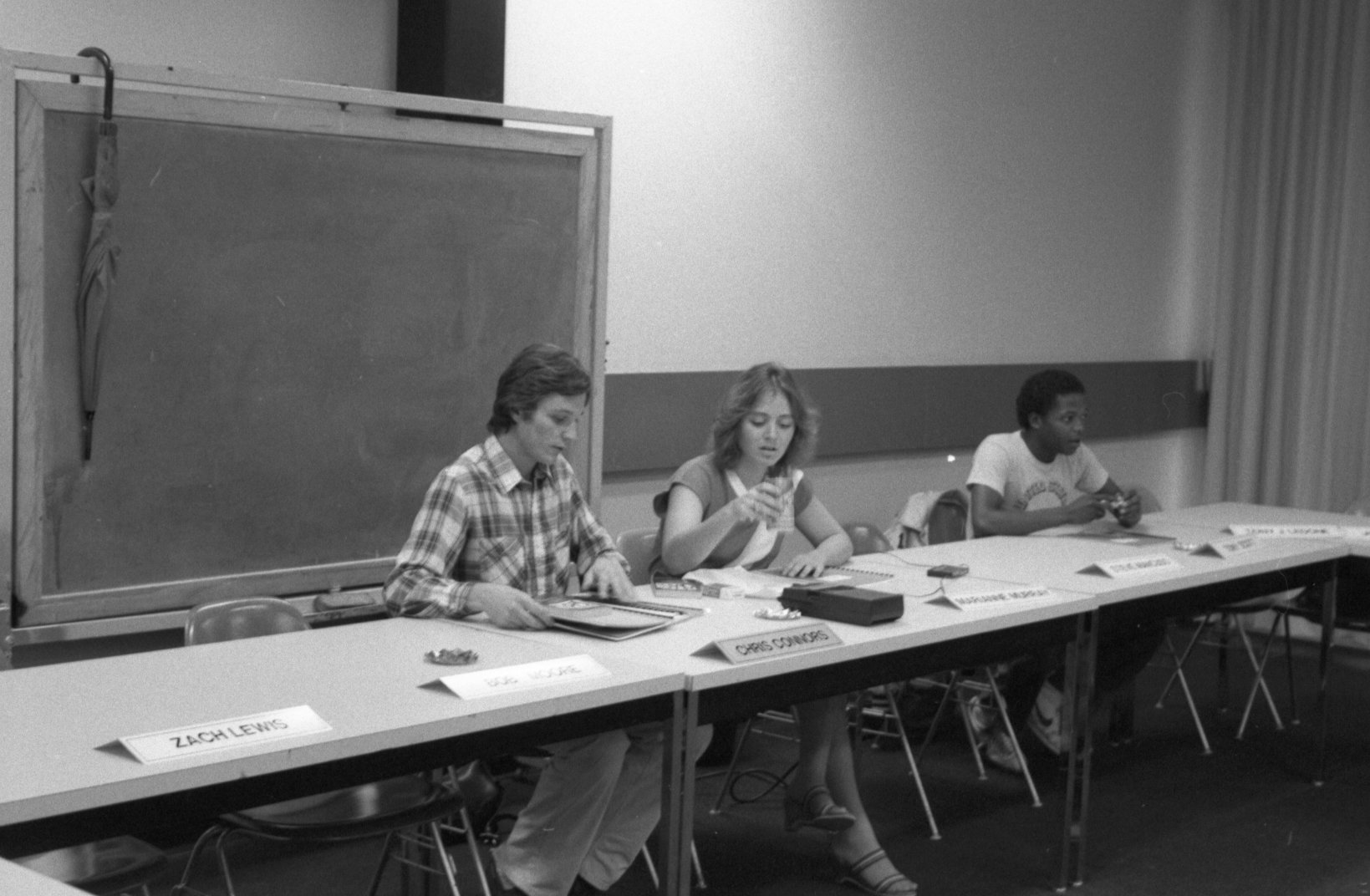 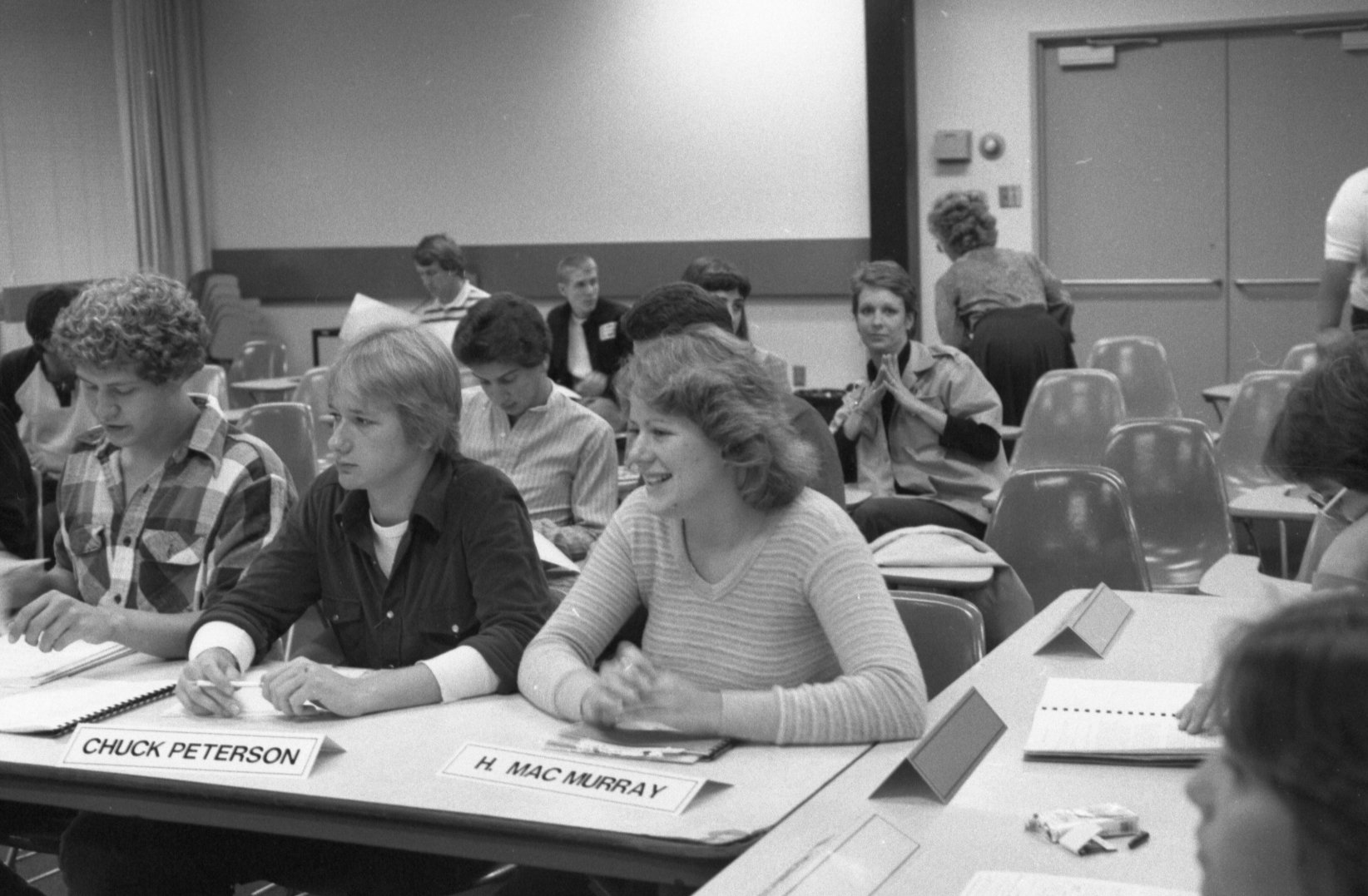 Student Senators at meeting, circa 1982.

The Student Senate of Stockton State College was created in 1982 by a student referendum. It was established to replace the Activities Fee Review Board. The Senate’s roles are to officially represent the student body to the University Administration and Faculty Senate, to promote active citizenship and participation in shared governance, and to oversee the appropriation of funds from the Student Activity Fee to the various student clubs and organizations.

The Student Senate originally consisted of 25 senators elected each spring from among the student body. Currently (2018 Constitution), it consists of 27 senators – 23 elected in the spring and 4 elected in the fall from among First-Year and Transfer students. It represents both undergraduate and graduate students.