About the Ladies Auxiliary Records

The collection was acquired in 2021. It includes meeting minutes and attendance lists from the groups’ general and executive meetings from the 1950s and early 1960s. It also includes a few pieces of correspondence from 1959 and 1961, primarily thank you letters. Also included is a locally published booklet entitled History of Pioneers: Reminiscences and Personal Histories of the Jews of Toms River, originally published in 1976 and reprinted in 1998. There is one issue of The Day-Jewish Journal, from Brooklyn, New York, regarding the Mohoth Chitim Campaign to provide Passover food to new immigrants to Israel.

Other than these records from the 1950s and 1960s, it is not known if other records of the Ladies Auxiliary of the Toms River Community of Jewish Farmers exist elsewhere. The records do not contain membership lists, other than the attendance list.

Ladies Auxiliary of the Toms River Jewish Community of Farmers

During the 1920s several Jewish families migrated to the Toms River, New Jersey area and began to farm. They soon established the Toms River Community of Jewish Farmers with about 50 families as members. At its height during World War II, more than 350 families were members. Many were poultry farmers and suffered economically when the market price for eggs tanked in the late 1950s and early 1960s. Many of the farms went out of business as result.

Currently, not much is known about the beginnings of the Ladies Auxiliary of the Toms River Community of Jewish Farmers, which met monthly during the 1950s and early 1960s – and possibly at other times – to organize activities, socialize, educate, and inform each other. Some of the activities organized included the maintenance of the Community House, the operation of a summer day camp for children, and the celebration of religious holidays. Social events included plays, games, and fashion shows. The Auxiliary’s meetings also featured reports on local, national and international events, as well as announcements about families’ accomplishments or births, marriages, and deaths. As many as 40 members attended the meetings during the time period documented in this collection. 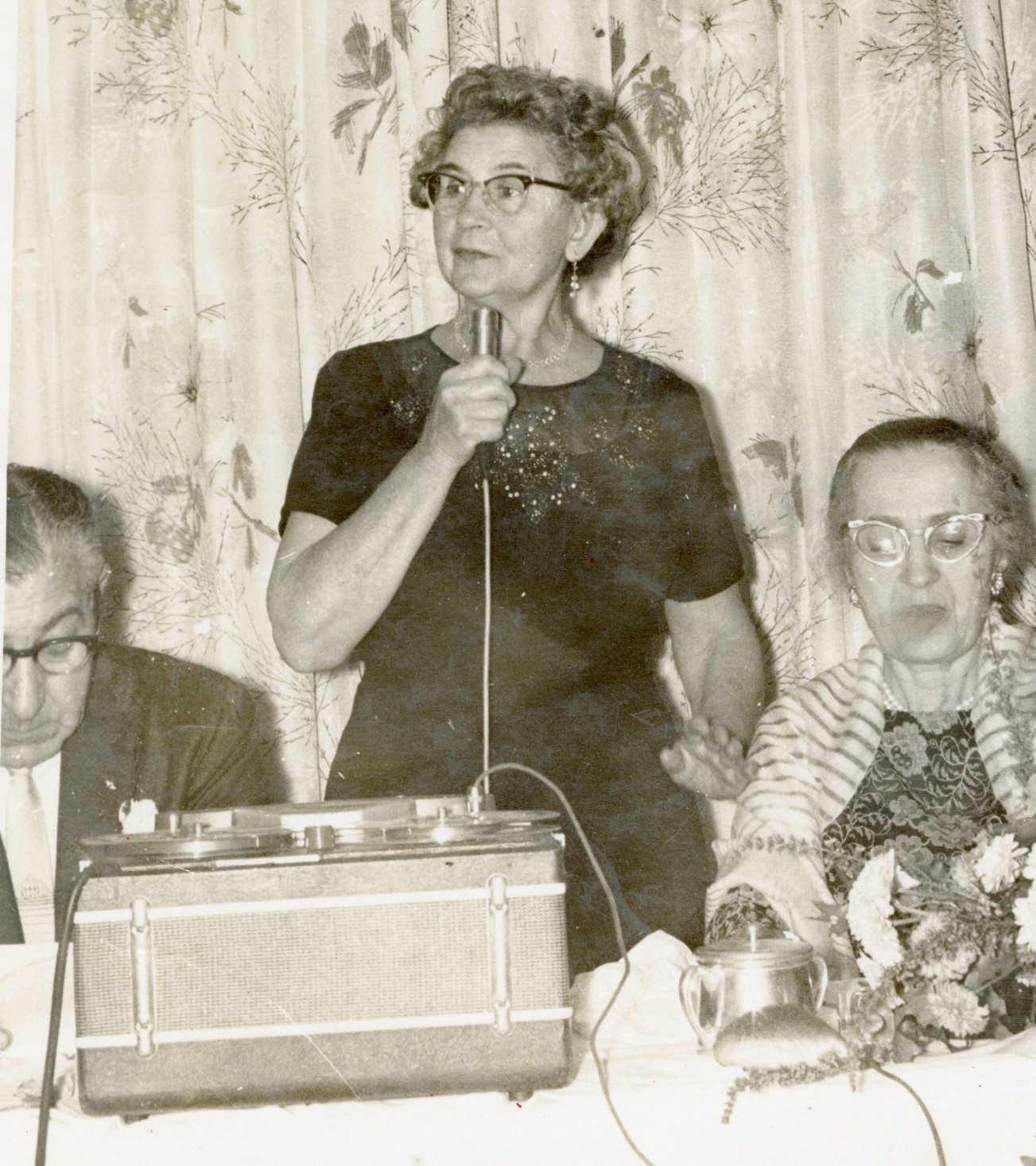 Ida Dardick, speaking at meeting of the Toms River Jewish Community of Farmers. 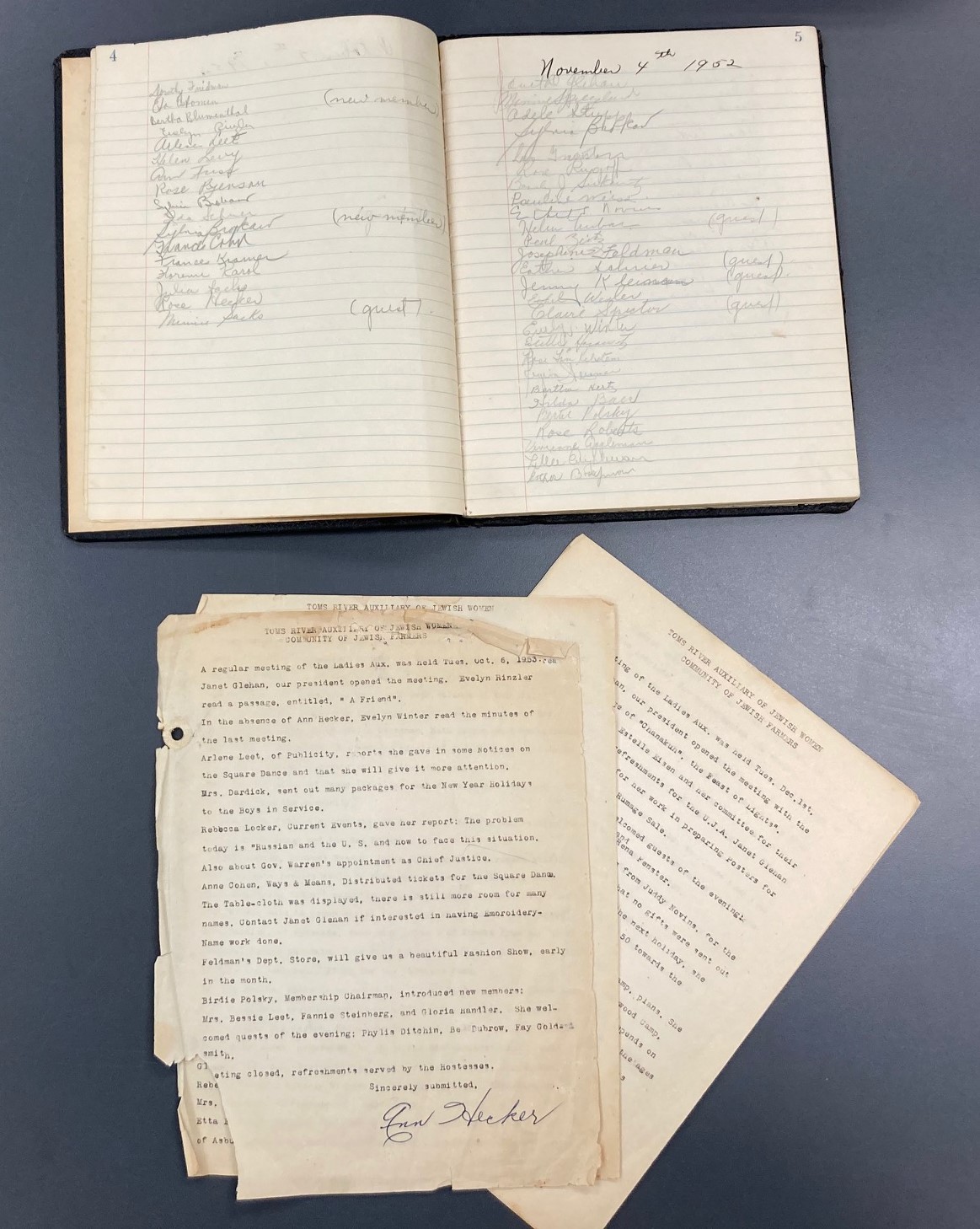 From the Ladies Auxiliary of the Toms River Jewish Community of Farmers Records.